Who is Harald Haas?

Dr. Harald Haas of the University of Edinburgh has been placed on the limelight after he coined the term “LiFi” during his appearance at TED Talk Global 2011. It was at this stage that he was able to highlight one of the newest pieces of technology that is able to transmit high volumes of data at high-speed capacity with only the use of overhead lighting. 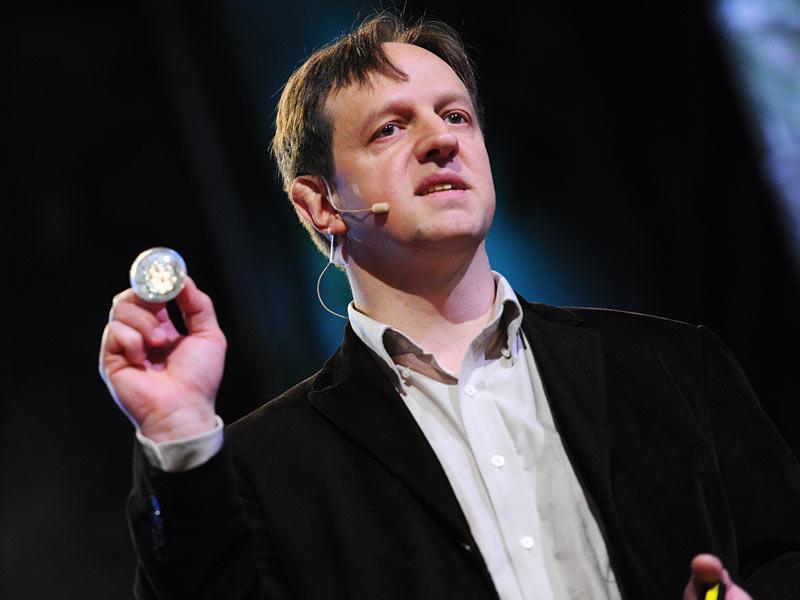 As a pioneer in the technology, Harald Haas was able to facilitate the technology’s rise to prominence, which saw him earn the moniker “The Father of LiFi.” According to the International Solid State Lighting Alliance (ISA), “…[Dr. Haas] not only pioneered the novel concept of communication by lighting devices but also publicized the technology, earning him the recognition as the “Father of LiFi”.

Let’s take a look at the life and body of work of the man known as the Father of LiFi, Dr. Harald Haas.

Harald Haas graduated from the University of Applied Sciences in Nuremberg, Germany. In 1995, he spent six months in Mumbai, India where he was a Heinz-Nixdorf Scholar. He went on to become a Research Associate at the University of Edinburgh from 1999 to 2001. His research interests have always been in the area of wireless communications, which led him to pursue a Ph.D. in the same field from the University of Edinburgh in 2001. He also served as a consultant to Nokia Networks OY in Finland in the area of Universal Mobile Telecommunications System (UMTS), a third generation mobile system that is based on the GSM standard.

For a year, he spent time working as a Communications Engineer for a GSM Chipset with Siemens AG in Munich, and later on as a Research Project Manager from 2001 to 2002 leading an international research project on radio concepts for future cellular systems. He later returned to a position in the academe later in 2002. He held the position as Associate Professor at Jacobs University in Germany for five years. He returned to the University of Edinburgh in 2007 as the Chair of Mobile Communications – a position he has held for over a decade now.

Stay Updated On All Things LiFi

Harald Haas has spent more than two decades on his research into wireless communications and Visible Light Communications (VCL) technologies and has authored and published numerous papers on the subject matter. He received the best paper award at the International Symposium on Personal, Indoor, and Mobile Radio Communications (PIMRC) in 1999 and have continued to receive various accolades throughout his research career. In 2001, he was awarded an honorary fellowship at the University of Edinburgh and was given the honorary title of Fellow of the Royal Society of Edinburgh (FRSE).

Harald Haas’s research interests are in optical wireless communications, hybrid optical wireless and radio frequency (RF) communications, spatial modulation, and interference coordination in wireless networks. He first introduced and coined spatial modulation and LiFi, with the latter term introduced when he gave a speech at TED Global talk in 2011. It was then that the world was made known about his research into VLC and the role of overhead lighting in high-speed networking. 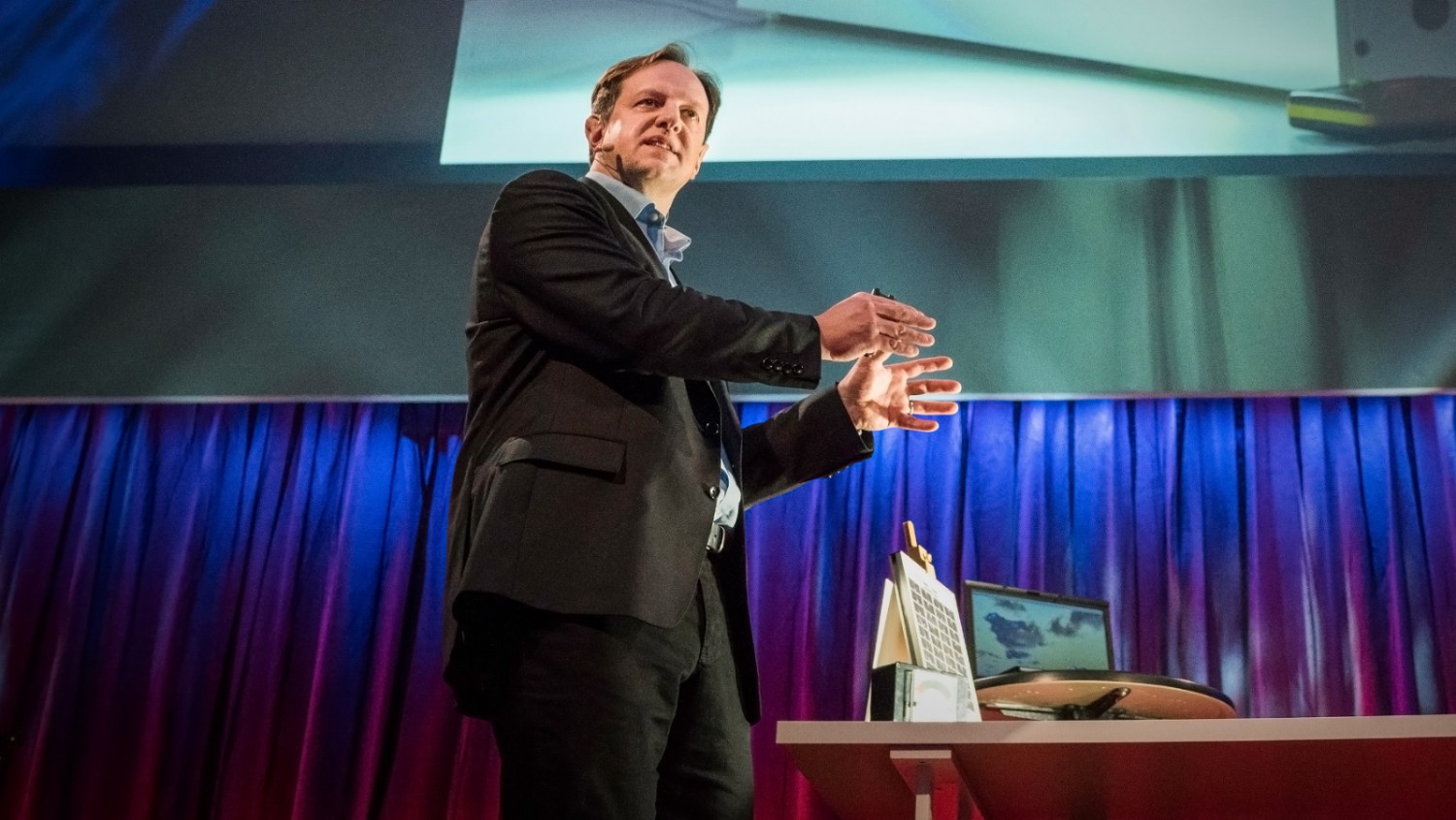 Harald Haas was invited to give a presentation at the 2011 Ted Global Conference. His talk, Wireless Data from Every Light Bulb, detailed his motivations behind his search for alternatives to the current technology. He highlighted the growing dependence on the existing technology despite its many flaws as the motivating force behind his research. These weaknesses include its low capacity, low efficiency, and its vulnerability to security threats. He proposed the use of LED lighting as a way to provide high-speed data transmission without being bound by the weaknesses of its predecessor. This new technology that used VLC was named Light Fidelity (LiFi). His first talk gained more than 2.5 million views on the TED platform.

In 2015, Harald Haas again presented another idea at the Ted Global Conference 2015 in London in a talk called Meet the New LiFi Internet, which gained more than 2.3 million views. In his presentation, Harald Haas presented a way of providing internet access to more than 4 billion people worldwide that live in areas that cannot support it with its existing infrastructures. This is what he calls as the digital divide wherein the severe lack of infrastructure stands in the way of people and information. With the use of solar power that can power LiFi networks, both issues can be addressed as the solar panels itself can function as both providers of power and LiFi transceiver.

A year after Harald Haas’s initial appearance at TED Global, he co-founded a LiFi company called pureVLC Ltd. together with other pioneers from the University of Edinburgh. It was made possible through seed funding from hi-tech investors seeking to help miniaturize and commercialize LiFi systems. The second round of funding was obtained in December 2012.

2013 was a big year for the newly-established startup because they worked on two UK-funded projects – for Rolls Royce and for Cisco – within the same year. This was also the year when they launched their first ever product that made use of LiFi, which was aptly named Li-1st. It was a groundbreaking event as it marked the introduction of the first ever LiFi-enabled product available on the market. It provided full duplex communication with a capacity of 11.5 Mbps and introduced wireless communication technology with the use of shelf LED lighting. The project was spearheaded by its Chief Scientific Officer Dr. Harald Haas.

In 2014, pureVLC went through a rebranding and changed its name to PureLiFi. The company went on to produce three more of its flagship products: the Li-Flame in 2014, the LiFi-X in 2016, and the LiFi-XC in 2017.

Harald Haas’s career in research has been a journey filled with numerous achievements and successes. Throughout his 20 years, he was able to publish 300 conference and journal articles including a paper in Science, a peer-reviewed journal of the American Association for the Advancement of Science (AAAS) and one of the world’s top academic journals. He has also co-authored two textbooks, including one entitled Principles of LED Light Communications Towards Networked LiFi, a book that was published by the Cambridge University Press in 2015. He currently holds a position as editor of IEEE Transactions on Communications and IEEE Journal of Lightwave Technologies.

The awards don’t stop there. In 2012, he received the Established Career Fellowship from the Engineering and Physical Sciences Research Council (EPSRC) in the UK, a prestigious awards given to individuals with excellent track records and established careers within the Engineering and Physical Sciences (EPS) disciplines. The following year, he was co-recipient of the Best Paper Award at the IEEE Vehicular Technology Conference (VTC-Fall) in Las Vegas. He also won the Tam Dalyell Prize within the same year, which was awarded by the University of Edinburgh for excellence in engaging the public with science. The following year, he was selected by the EPSRC as one of the ten Recognizing Inspirational Scientists and Engineers (RISE) Leaders in the UK.

In 2015, Harald Haas received another Best Paper Award at the IEEE Vehicular Technology Conference (VTC-Spring) in Glasgow Scotland. He was also a co-recipient of the European Association for Signal Processing (EURASIP) Best Paper Award for the Journal on Wireless Communications and Networking on the same year. He was also a co-recipient of the Jack Neubauer Memorial Award of the IEEE Vehicular Technology Society for his paper Bit Error Probability of SM-MIMO Over Generalized Fading Channels as the Best System Paper.

Harald Haas has most recently been the recipient of another prestigious award, the International Solid State Lighting Alliance (ISA) Award for Outstanding Achievements in 2017. The award was presented to Harald Haas by 2014 Nobel Prize for Physics winner Shuji Nakamura. The accolade was given to Harald Haas at the 13th International Forum on Solid-State Lighting in Beijing, China for his contributions in diversifying the applications of solid-state lighting (SSL) technology.

Dr. Harald Haas has also been a well-celebrated innovator and pioneer in several technologies. He currently holds 31 patents for his inventions and has more than 30 pending patent applications, all in the field of wireless communications.

As Harald Haas continues to do research in wireless communication and Visible Light Communication technologies, his work continues to be recognized by countless award-giving bodies and media outlets around the world. His work on optical wireless communications has already appeared in seven international media channels, such as the British Broadcasting Channel (BBC), National Public Radio (NPR), Consumer News and Business Channel (CNBC), The New York Times, Wired UK, New Scientist, The Economist, and the Cubed Webzine of the British Council.

Truly, the life and career of one Dr. Harald Haas has been one filled with plenty of accolades and recognition, which is a testament to the work that he is doing and the results of his efforts in providing the world with technologies that provide users with an alternative to the existing technologies that offer higher capacities and at higher efficiencies.